How about them lemons…

The Accident – Bike vs Auto

20 years ago January 25, I was riding my bike home from work when I was hit by a car that took a left in front of me. I was 25, just engaged, living outside of Boulder, getting my fill of the mountains, and trying to get in the same amount of snowboarding that I was able to when I lived in Bend.

The car hit me and I landed on the sidewalk on the other side of the intersection. Folks came over quickly, offering me help, telling me to be still, that an ambulance was coming. I remember telling them I need to get home, I had plans to go to Breckenridge for the weekend. The kind folks who helped me didn’t let me look at my knee. I have photos of the knee (not the x-ray), but they still are not anything anyone wants to see.

I began a several night stay in the hospital with three surgeries to clean the dirt that was ground into tissue, fat, tendon, and bone. I broke my patella, tore the knee tendon, and tore up the cartilage. They were worried about infection, which could result in losing the leg. I remember joking with my fiancé, it’s a good thing I already proposed… We wondered if I would be able to walk down the aisle. I thought I would never snowboard again. The doctor, Jeffrey Holtgrewe – I am forever grateful to him – put my Frankenstein of a knee back together, appropriately, with two bolts.

Life went on. I made PT my full-time job. I was determined to get my knee better and stronger than it had ever been (probably due to a healthy dose of Lee Majors when I was young). I was going to snowboard. I wasn’t going to have my life taken from me. I did my PT at Physical Therapy of Boulder. They were amazing – with me every step of the way. I think we wound up inviting my two physical therapists to our wedding in June. I walked down the aisle. I danced at our wedding. That was a big deal for us – something that never entered our mind as a question when we became engaged in December.

At the suggestion of family and friends I started reaching out to injury lawyers. I met many lawyers and had no idea how to navigate the process. I remember asking a lot of silly questions. Some didn’t want to give me time and others were clearly not the right one for me. I felt a bit lost on this stuff. However, my father-in-law to-be gave me an incredible piece of advice (advice I give my prospective clients today): “Stress over picking the right attorney and then let the attorney stress about the rest.” When I met Glen Gordon it was very clear he was my attorney.

After the wedding, and with the prospect of snowboarding in the near future slim to none, we moved back to my wife’s hometown, Washington DC. I took a job working as an economist for a law firm. I started working with lawyers on cases providing them with statistical analysis on experts’ studies. I had taken the LSAT’s in college; more specifically, I walked out of the LSAT’s in college. But I found this work rewarding – the ability to take down or build up an expert through the use of data. It was incredibly interesting.

My rehab hit some snags, like finding out I tore my ACL in the crash, but the knee was so messed up at the time it wasn’t until later that it could be repaired. A subsequent surgery in DC in 2002 or 2003 to put in a cadaver ACL graft and pull out my pins was (only now, I know) unsuccessful. The bummer with another surgery a year or so later was that most of the work I put in to build a better, stronger knee was lost in what would be the fourth surgery. Then living in DC, and with the wrong PT, my knee just never made it back to where it was. I never felt like the surgery was successful. It wasn’t until I had an MRI in late 2019 that I learned I still have no ACL.

The insurance company left us with no choice but to go to trial. This was around 2005 – almost 4 years from the crash. I had been actively involved in my case. I remember asking a lot of questions, providing input, arguing on my behalf. I did terrible in my deposition. Glen was amazing. A lot of what I do today is based on how he handled himself in my case.

The day after trial we had an extra day as we waited for the Judge to deliberate. We went up into Eldorado Canyon, just outside of Boulder. This was the same place I visited with my friend, Todd, when they came in 3 weeks after my crash and he drove me around to get me out of the house and put my mind on something else. Glen called and told me the Judge’s ruling. The other party was 100% at fault. I had not done anything wrong. He told me the judge’s award, and then said, “Now you can go to law school.”

A year went by and despite my insistence to Glen that it was not going to happen, there I was, back taking the LSAT. I did well enough that Maryland recruited me. Went to law school, came out, took the MD bar, and went to work for big law. All the while, we knew Bend was the place that felt like home. And so, two years out from law school, I took a second bar exam (Oregon) and passed. My wife took a job with the County and we moved back home to Bend. Seven months later I ran into an attorney at Lone Pine Coffee who invited me to come do some work for them. Sure enough, they only did… personal injury law.

I eventually opened my own personal injury law firm in 2017. And it was not until I started my own messaging, my own decisions of the type of firm I want to run, the type of help that I want to provide, that all these pieces came together for me. In trying to understand how I wanted to move forward with my firm, I have come to understand a rough part of my past. And in doing so, I get to take a bad experience – a life changing experience – and utilize it to help others get through their undoubtedly rough experience.

20 Years After the Accident

Yes, I have my bad days. As I tell my clients, no one would go through this again – not for twice the money. My knee does ache and one day I may need a replacement. But at 20 years out, it’s some damn sweet lemonade.

If you have questions about an accident that you were in, don’t hesitate to call. Regardless of whether or not  you actually hire a lawyer, having a consultation early on can be invaluable to finding your own path forward.

Handling on your own vs.

High Desert Law’s Settlement Calculator will help you understand the cost of hiring a personal injury attorney and how that cost can affect the settlement amounts due to you. 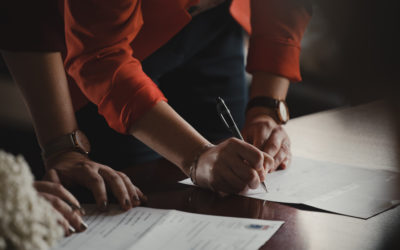 Is It Worth Hiring A Personal Injury Attorney?

END_OF_DOCUMENT_TOKEN_TO_BE_REPLACED 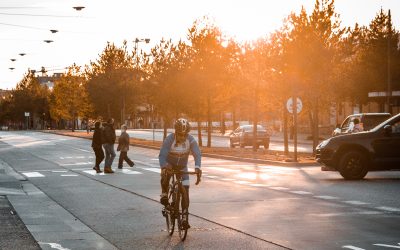 How to Deal with Medical Bills after a Car Accident

END_OF_DOCUMENT_TOKEN_TO_BE_REPLACED 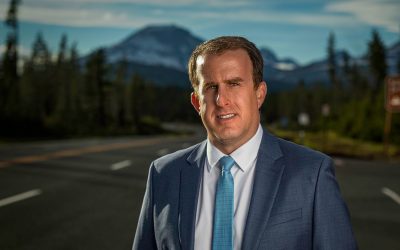 We are excited to...